The latest edition of this authoritative annual report tells the story of the latest developments, signs and signals in the financing of renewable power and fuels.Packed full of statistics, charts and illuminating narrative, it explores the issues affecting each type of investment, technology, region.

According to Global Trends in Renewable Energy Investment 2014 – produced by the Frankfurt School-UNEP Collaborating Centre for Climate & Sustainable Energy Finance, the United Nations Environment Programme (UNEP) and Bloomberg New Energy Finance — the investment drop of $US35.1 billion was partly due to the falling cost of solar photovoltaic systems. The other main cause was policy uncertainty in many countries, an issue that also depressed investment in fossil fuel generation in 2013. Download the entire Report here.

The Global Trends in Renewable Energy Investment Report (GTR) is a sister publication to the Renewables Global Status Report (GSR) produced by the Renewable Energy Policy Network for the 21st Century REN21. The 2014 edition of the GSR, launched on June 4th, 2014, is available at www.ren21.net/gsr. It provides an overview of renewable energy market, industry, investment and policy developments worldwide. 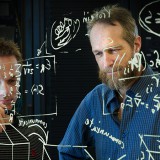